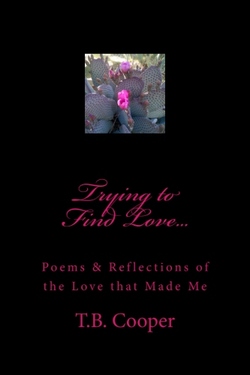 
Long ago, a young woman survived a period of passionate love affairs that shaped her future. That woman was me.

Saying my early adult life was turbulent, is a slight understatement. I had fun, I broke hearts, and I had mine broke more than enough to compensate.

Music Helped me. I'd always hoped to be a fabulous songwriter, but as I evolved, I realized that path would've just led me to more heartache. I grew up, and so did my way of dealing with my emotions.

Music, sadly, has left my heart. I no longer hear inspiration on the wind.
​Instead, I now enjoy peace and quiet..... on a farm with a million kids and animals!

But I still remember where I came from, who I loved, and who loved me. It is to honor their place in making me who I am, that I decided to share the "song" and tell the story of how each "poem" came to be. I hope you enjoy this very private peek into my heart.
Blurb:
I won’t make any outrageous claims to a troubled past or anything that might excuse my behavior now, or then. I alone, know my demons. I live today with a clear conscience knowing that every step of the journey has been worth it. I do not hold grudges, nor do I apologize to those who do. I regret nothing. I have fought for my happiness; friend and foe, and worse.. myself.
I’ve been afraid of happiness. I’ve been afraid of success. Failing was easy, but it was never an option. I am at peace with myself,
and I am LOVE incarnate.

I’ve loved many, and many have loved me. With the love, others have hated me.
Let them battle their own demons.

In the following pages, I’ve collected the majority of “songs” I’d written years ago. I say songs, only because at the time they came into my head they came through on a melody. I had planned on becoming a songwriter at one time in my life, but that was never my dream. So I never pursued it. Instead, I decided a little while back that I still needed to publish them, but as a reflection of what emotions and powers have shaped me. I added short descriptions to these “poems” when I first started putting them all in one place. This collection is about LOVE, and everything that goes with it.. the searing passionate love, the torturous-I’d-rather-die-love, the despair of never feeling it again-love. And everything in between. Some of the blurbs attached to the poems I chose to keep the same, because they (when originally written) showcased who I was at the time. How I felt, how I saw life. This is after all, a deep look into my own personal journey. And if for no one else’s understanding but mine, I chose to keep them as they were. Others, I either re-wrote them to sound a little less offensive, or I added to them as an update.

I have changed the names of the people I discuss, and some of them I discuss frequently because they were such an influence on my life. I’ve divided this book into “Chapters” named after each of the men who’ve accompanied me in love. Whether they ever felt the same, I do not know, nor do I ever wish to know. Yet another reason to have changed their names.

In closing, yes, I’ve been in love many times. I’ve loved freely, and I’ve never discriminated. I’ve had more than enough outward confidence that I enjoyed sharing myself. And I am not ashamed. Men have notches on their belts… I had notches on my bedposts. And I am not ashamed…. I’ve lived my way, according to my rules and my desires. I can only hope more people can feel and say the same thing when they reflect on their pasts…

To those men that helped me find myself, I am eternally grateful. I had to kiss a lot of frogs before I found my one true Prince.

Daddy’s ‘lil girl
© T.B. Cooper
Originally written: 08-17-1998
I’m your baby girl
At least that’s what you told me
When I came into this world
And you knew someday
I’d grow up to spread my wings
And my own eyes would have
To see all of those things
That you told me were wrong
And that you knew best.
I’ve got your intuition
It just kicked in too late
For me to know what I was doing
Would cause you to hate
Daddy’s ‘lil girl
You said I betrayed you
But you betrayed me
“Family will never leave you”
At least that’s what you told me
Said you’d be there forever
Well forever’s almost gone.
But Daddy I’m still here
Waiting for the day when you realize
That I’m my father’s daughter
And I’ve got more than Daddy’s eyes
I’m as stubborn as a bull
Very set in my ways.
You missed my wedding day
You made the choice to push
Instead of give me away
You’re missing your grandkids
A boy and a girl
They’re growing up fast
And they’re my whole world
Wasn’t I once yours
I was Daddy’s girl
Now I’m Daddy’s sad girl
Oh Daddy’s sad ‘lil girl


Now, not really much of a song, per se… I’ve over the years added, edited this song and what not… I’ve lost the original (I think?). This is of course about my Daddy; a few days before I had my first daughter. Last time he cared if I existed was July 23, 1996; before he dropped me off at the hospital to have my half-black son saying he wasn’t the father of a “Ni**er-loving whore.”

I was Daddy’s little girl. He even made a charm for me once that
I was supposed to get when I turned eighteen…. I’m almost
twenty-eight at this moment I’m typing…
Yeah, don’t see that happening.

I’d spent fourteen years, not seeing him, not talking to him. Ten of those years I was mostly a single mom. A single mom with three kids, living in the same town, at times-right down the street. I’d gotten used to not having him in my life. I had to make my own way, and this inevitably sent me into the arms of the next newest savior.

Then, right at the end, when his departure from this world and my life for good was unavoidable, I had to lose him all over again. We made peace with each other. He hugged my son. My son, who for fourteen years could’ve learned so much from his grandpa, but he and his sisters were denied because of a foolish man’s pride.
There was no man that had a greater influence on my early adult life besides my Dad. Everything I did was dictated by what was and wasn’t acceptable with him.

“Blood is thicker than water, but if you disgrace me, I disown you.”
So I left home at fifteen and at times, only had my children for family in my life.

“Women should know their place, they should be subservient to Man.” That was the toughest lesson to unlearn.

I’m grateful for everything, good and bad my father taught me. I miss him terribly. I feel robbed.
Available for purchase on amazon.com $5.49

​and available on Kindle! FREE until 11:59pm this Friday the 26th of April! Regular price $2.99 (Free if you buy the paperback)

Again, thank you to all of you who have already downloaded it/read it, I REALLY APPRECIATE IT!!!

I'd LOVE to hear what you think!

You can leave your reviews/feedback below, or on the amazon page.
**Clicking below might financially benefit me if your click becomes a purchase.
​Below link is an Affiliate Link. Just FYI. ​